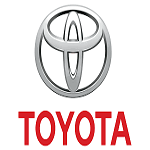 The Japanese auto giant Toyota is confident of reaching total annual global sales of electrified vehicles of 5.5 million units by 2025, five years than initially planned a senior company executive said at an industry conference. Toyota had announced a plan in 2017 to sell 5.5 million electrified vehicles, including 4.5 million of hybrid and plug-in hybrid vehicles and 1 million electric and hydrogen fuel-cell vehicles, by 2030.